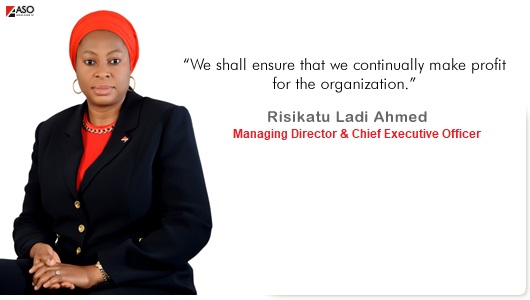 Risi has over two decades of banking experience. Her Banking career started with Continental Merchant Bank in Lagos State, where she served as a Youth Corper (NYSC). Then Savannah Bank Plc (1993 to 1999) where she served as an Operations Staff and a Resident Auditor. She subsequently worked in Diamond Bank Plc (July 1999 to August 2015). Her exposure in the banking industry spanned through a number of job functions including Credit and Marketing, Banking Operations, Recovery, Audit and Regional Business in the North East.

She is an alumna of Lagos Business School (SMP), University of Pennsylvania, Wharton Advanced Management Program and have also gone through leadership courses in Harvard Business School.